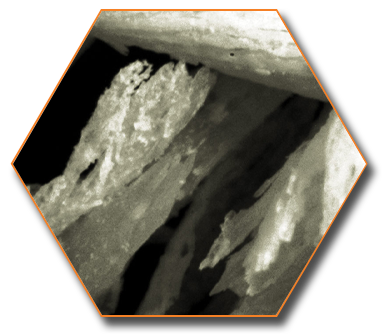 The proven clinical success of Grafton DBM in multiple forms gives clinicians the ideal bone graft for the specific application. Grafton DBM Matrix Plugs and Putty incorporate bone fibers rather than particles. The fibers create a physical network of pathways for bone forming cells to migrate. 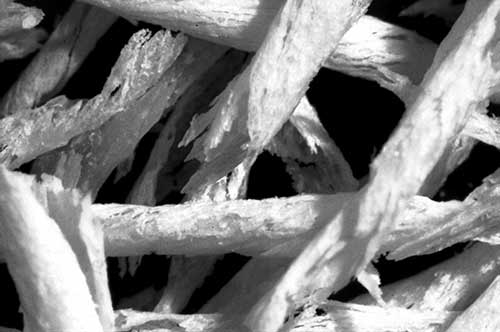 The objective of this study was to evaluate the potential of an allogeneic bone matrix (ABM) Grafton® to regenerate new bone, new cementum, and a new periodontal ligament around teeth previously contaminated by bacterial plaque. Four patients with chronic advanced periodontitis and scheduled for full mouth extraction were accrued. One patient was exited from the study before any therapy began. One tooth with an intraosseous defect in each patient was selected for treatment.

Clinical measurements of probing depth, gingival recession, and clinical attachment level were made. After flap reflection, a root notch was placed at the apical level of calculus, the root debrided, and ABM was inserted into the defect. After six months of healing the teeth were removed en bloc and evaluated histologically for a new attachment apparatus. Two of the three teeth demonstrated regeneration of new bone, cementum, and periodontal ligament.

Accepted for publication: International Journal of Periodontics and Restorative Dentistry 2006

Background:
Although autogenous bone is the most widely used graft material for spinal fusion, demineralized bone matrix preparations are available as alternatives or supplements to autograft. They are prepared by acid extraction of most of the mineralized component, with retention of the collagen and noncollagenous proteins, including growth factors.

Differences in allograft processing methods among suppliers might yield products with different osteoinductive activities. The purpose of this study was to compare the efficacy of three different commercially available demineralized bone matrix products for inducing spinal fusion in an athymic rat model.

Conclusions:
This study demonstrated differences in the osteoinductive potentials of commercially available demineralized bone matrices in this animal model.

Both the Putty and Gel formulations of Grafton consistently showed a strong osteoinductive response via the anticipated pathway of endochronal bone formation. In contrast, Osteofil showed osteoinductive activity, but produced less cartilage (14 days) and bone (28 days) than an equivalent volume of Grafton. DynaGraft failed to show consistent osteoinduction. The inability of a material to form new bone in this animal model has been shown to have a negative effect on bone healing. A material that elicits an osteoinductive response is more likely to lead to a satisfactory clinical outcome.

Committee on Research, Science and Therapy, of the American Academy of Periodontology

This review paper evaluated the current knowledge of the safety and effectiveness of bone allograft materials, including demineralized freeze-dried bone allograft (DFDBA). Bone allografts have been widely used in periodontal therapy and continue to be used in contemporary clinical practice. Most bone banks adhere to the guidelines of the American Association of Tissue Banks (AATB) with respect to procurement, processing and sterilization of bone grafts. There have been no reports of viral contamination or acquired pathology from DFDBA, and thus, DFDBA appears to be safe from disease transmission.

Clinical results using DFDBA have been variable based on evidence from clinical reports due to the wide variability in bone graft processing. Factors such as terminal sterilization of the bone allograft material, processing methods, and donor age influence the bone inductive ability of DFDBA.

The only definitive assay of osteoinduction remains implantation of the DFDBA in a tissue that otherwise would not form bone, such as an immunodeficient rat or mouse muscle. A quantitative histologic analysis must be performed of the amount of new bone that is formed in association with the implanted DFDBA. In vitro assays used to assess bone induction ability must be relied on with caution.

Demineralized bone matrix derived from human tissues has demonstrated the ability to aid in the stimulation of an osteoinductive response allowing for improved bone growth and fusion. The study is the first highly controlled prospective test to compare the osteoinductive ability of three commercially available demineralized bone matrix products in a spinal fusion model.

By at least 6 weeks and as early as 4 weeks, Osteofil and Grafton® alone demonstrated posterolateral fusion manually, radiographically and histologically while Dynagraft, local human cortical bone, or autogenous rat iliac crest bone did not.

Grafting to restore lost alveolar bone is frequently used to enable placement of endosseous implants and improve cosmesis. Conflicting reports concerning the osteoinductivity of demineralized bone matrix (DBM) and historical use of synthetic bone graft substitutes has limited the use of DBM in oral and maxillofacial applications. Implant placement after bone grafting provides the unique opportunity to biopsy and histologically evaluate new bone formation.

Bone grafting of the mandible or maxilla was performed to fill extraction sockets and restore ridge structures in a consecutive series of eight patients. DBM prepared as malleable putty (Grafton DBM Putty) or flexible sheets (Grafton DBM Flex) was used.

Biopsies were taken at re-entry, and histologic analysis determined the amount and quality of regenerated bone. Extensive new bone formation and minimal residual bone graft matrix were observed at an average of five months postoperative. The pattern of new bone maturity and remodeling varied by patient and the time in situ. Putty and Flex regenerated excellent bone height and width for the placement of dental implants, were easy to handle intraoperatively, and readily conformed to bony defects.

The purpose of this investigation was to evaluate the success of allographic and xenographic grafted maxillary sinuses and the success of immediate and delayed endosseous implants placed into the grafted sinuses. Twelve sinuses were grafted with a combination of cancellous xenograft (Bio-Oss) and demineralized freeze-dried bone allograft (Grafton).  A total of 41 implants were placed into the augmented sinuses.

Core biopsy specimens were obtained at the time of implant placement. All 12 sinus grafts were successful.  The overall success rate of endosseous implants placed into the grafts was 93%. The sinus graft core biopsies histologically confirmed the presence of active osteoblasts as well as new mature bone within the graft.

This study is a prospective, randomized double-blind study in 24 patients undergoing high tibial osteotomy to evaluate the effectiveness of human recombinant osteogenic protein (OP-1) on a collagen type-1 carrier in a critically-sized fibular defect. The study had two phases, each evaluated by clinical, radiological, and DEXA methods during the first postoperative year.

The objective of this study was to determine the efficacy of two new formulations of demineralized bone matrix in an animal model. The flowable gel form of Grafton (Osteotech, Eatontown, NJ) demineralized bone matrix has been shown to have osteoinductive properties in various models and currently is used clinically as bone graft material in posterolateral lumbar spine arthrodesis.

Two new formulations of Grafton, one made of flexible sheets (Flex) and the other made in a malleable consistency (Putty), have improved handling characteristics compared with the gel form.

The malleable putty form and flexible sheet form were able to function as a complete graft substitute, with the latter performing superiorly in this challenging animal spine fusion model. These newer formulations of Grafton appear to have a greater capacity to form bone through osteoconductive pathways than the original gel form or autogenous bone graft alone in the rabbit.

This study was performed in compliance with Good Laboratory Practice regulations using validation methodology similar to that used to ensure the safety of blood derivatives and other products. Use of the bone demineralization process described in this report resulted in a reduction in infectivity of greater than one million (106) for all viruses and as much as one trillion (1012) for the poliovirus.

Induction of Bone by a Demineralized Bone Matrix Gel: A Study in a Rat Femoral Defect Model

This preparation is analogous to the human demineralized bone matrix in the same carrier, used clinically for humans.

One hundred adult male Fischer rats were divided into 10 experimental groups. Independent variables including the presence or absence of hydroxyapatite ceramic cylinders, the presence of demineralized bone matrix in carrier or carrier alone (glycerol), and the duration of observation (1,2, and 4 months). Defects filled with the gel alone had significantly higher radiographic scores for host-graft union at 4 months, compared with ceramic with the gel, ceramic alone, or carrier alone.